Sometime over the course of the past seven months I’ve had the absolute pleasure of meeting Phyllis Sa in The Shelancers Group as well as hang out with her in several other Facebook groups. She’s such a sweet lady, even going so far to send me an uplifting note after I posted about having a hard time with a client a few months ago. So, I’m very pleased to have her here on the blog today sharing something all of us introverts need help with: overcoming networking nervousness! 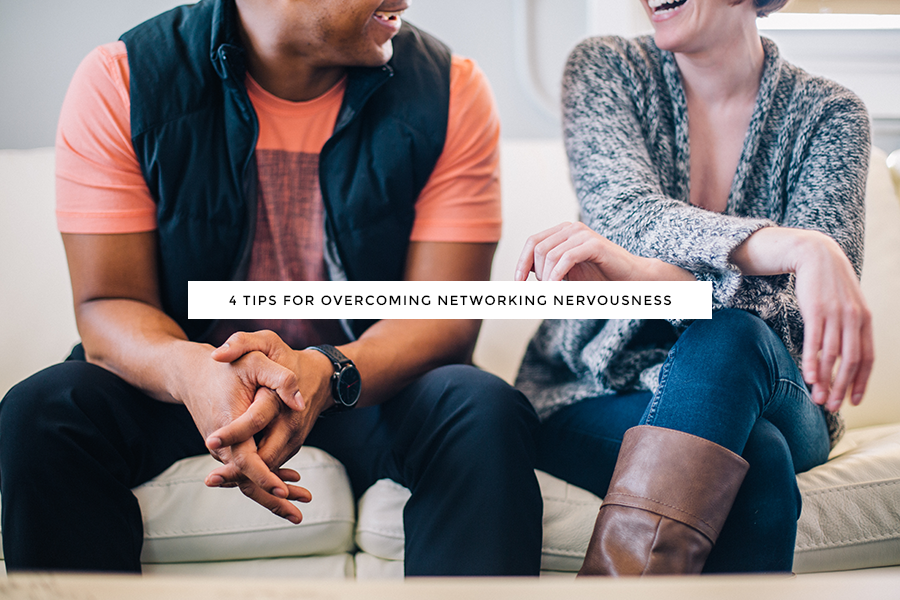 If you’re an introvert who happens to be a self-employed creative entrepreneur, this is either an amazing thing, a frightening thing, or both.

It’s amazing because you can define how you work. Spend as much time as you want immersed in the creative process with no one except Netflix and your cat as company. Throw in some coffee, natural light, and fuzzy slippers? This starts to look like an introvert’s dream.

But wait! You’re still running a business, right? Here’s where that frightening part comes in. Being a creative isn’t only about creating, but about putting yourself out there. People need to see you and know you. If they don’t see you, they won’t get to know you. They don’t know you? They won’t buy what you’re selling.

And if they’re not buying, then you’re definitely not spending a natural light filled afternoon immersed in your craft! But worrying about selling yourself, your products or services, and networking with other real life people? This isn’t what you signed up for!

I have a sneaking suspicion many of you would say networking is the least favorite of your small business to-dos. But let me reassure you, it’s possible to network without going against your introverted instincts — it just takes a little bit of work! Here are my four favorite tips for overcoming networking nervousness and making it feel more true to you:

Allow yourself to go outside of your comfort zone. Here’s the reality: networking can be uncomfortable. Talking about yourself can be really uncomfortable. Let’s just accept that this will feel weird, unnatural and foreign…then put that behind you and try your best to move forward. One of my favorite quotes goes a little something like this: “Everything you’ve ever wanted is just one step outside your comfort zone.” Allow yourself to take that one step!

Be you. Oftentimes it seems like only the loudest voices get heard, which makes it tempting to overcompensate (poorly!) when you’re not in your natural zone. But the quiet voices have something of worth to share too. It’s okay to be quiet, observant, thoughtful —  however your introvertedness manifests itself. Own these qualities about yourself and use them to find new avenues to potential conversation and connection. This might mean trying different platforms for networking. You could engage in deeper one-on-one conversation during a Twitter chat. Or you make it a point to offer thoughtful and consistent advice in a Facebook group. It may be surprising how well people respond when you own the qualities that make you an introvert and use it in an authentic way.

Create achievable goals. For a recent networking event I attended, I mustered up enough courage to decide to go solo but doing that pretty much used up what little “yay, let’s meet people!” energy I had — hint: I don’t have much to spare! But I gave myself a pass on forcing small talk and instead had one goal for the night: pass out four business cards. It felt completely achievable and gave me enough motivation to push myself pass the struggle of starting conversation to just doing it already. Your goal should be realistic but also helps you to take that step outside of your comfort zone. As long as it makes you DO something versus standing on the sidelines!

It’s not a numbers game. I realize it feels like everything boils  down to a quantifiable number of follows / likes / pins nowadays but the old adage “quality over quantity” definitely applies here. Embrace the fact that you’re not in this to meet a ton of people, and it’s okay if your gifts do not include that mystical (to me!) ability to start up interesting conversations out of thin air. Focus instead on creating quality connections with no strings attached. Meet people who share common interests, or are easy to get along with, or have a skill you think would be fantastic to learn about. I happen to thrive more in one on one or small group situations where I feel like I can be more of myself. So I allow myself to stick to building and nurturing in small numbers.

I hope you found some good, actionable tips to use in your own networking and social media biz life. And from one introvert to another, just know there are many of us in the same boat, ready to come out of the woodwork to support each other. Embrace the quiet creative in you — you’ve got this! 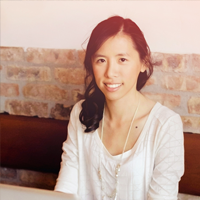 Phyllis Sa is a San Diego based graphic designer who specializes in working with exceptional small businesses and creative entrepreneurs to create custom branding, websites, and collateral that fits like a glove. When she’s not in the office designing beautiful things, you can find her hanging out with her husband and flexing her muscles at her other full time job as mom and wrangler of two rambunctious little girls.